DOMENIC PINELLI: WINNER OF THE 2017 ICON OF THE SWAN VALLEY AWARD 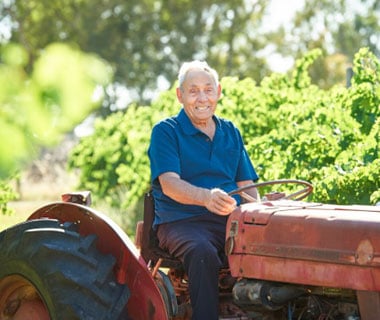 DOMENIC PINELLI: WINNER OF THE 2017 ICON OF THE SWAN VALLEY AWARD

On 25 August 2017, our father, Domenic Pinell, was honoured as the eighth recipient of the Swan Valley Icon Award in recognition of his outstanding contribution to the history, character and development of the region.

His story is one that is familiar to many of the European winemaking families of the Swan Valley and in many ways, the recognition of his efforts is also recognition of those families. In essence, this is the fabric that makes the Swan Valley special – a story of personal sacrifice, persistence in working the land and the fruit that this delivers.

Several years after leaving his family home in Italy at the age of 23, his journey in the Swan Valley began in the early 1960’s when he began working for Waldeck Wines in Caversham.

Waldeck’s was located near our existing winery. It was owned by the late Mick Waldeck, and later, by his three sons – Barry, Robert and Phillip. He loved working outdoors with the fresh air, sun and speaking to people and learning the English language and the Australian way of life. He still does.

My dad’s dream was to own his own vineyard. In 1969, he was thrilled when he was able to purchase a parcel of land from the Waldeck family. With this purchase, came much hard work, long hours and many challenges as a grapegrower.

In 1980, Dad established his own winery – back then, Pinelli Estate Wines was originally focused on bulk red and white wines – a European style of wine consumption.

He was joined by his son Robert and later Daniel as qualified winemakers who started to experiment with grape varietals and employing more modern day winemaking. He was proud to have his family working by his side.

However, most importantly, our dad was partnered in marriage and in work with his wife, Yolanda. His award is also recognition of their joint efforts, life goals and commitment to the Swan Valley wine industry.

Our father has been quite reflective in his senior years and knows that his legacy is in good hands. He has handed over the baton to the second generation but with Pinelli Estate having grown from its original 7 acres to 26 acres today and now includes an Italian Restaurant on the Estate too.

He is also is proud of what he and other European migrants brought to the Swan Valley through their knowledge in grape growing, food and culture and thankful that he was part of the success of the Swan Valley now and into the future.

Written on behalf of the Pinelli family – John, Bina, Maria, Robert and Daniel 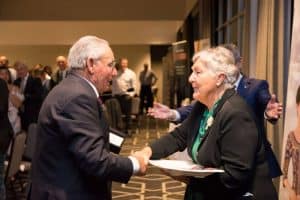 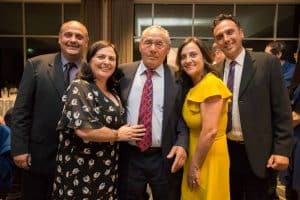 Sign up to receive the latest information regarding new releases, events and special offers from Pinelli Estate Winery & Restaurant.

Pinelli Estate Winery has been part of the Swan Valley Wine Region for over three decades. Run by two generations of the Pinelli family, they have secured a reputation as one of the best winemaking teams in the region.